Rajasthan! The name invokes the images of the Royal Kings and Queens. It is the jewel of India well known for its royalty. It is a culture steeped in history, with an amazing combination of food and handicrafts. Just the mention of the name evokes the sense of grandeur in everyone. The Thar desert in the background, Rajasthan is distinct is its topography. The most famous hill station Mount Abu is also in Rajasthan. Rajasthan is a dream come true when it comes to your grand wedding, what with its collection of forts, palaces and age old temples built with exquisite workmanship of the erstwhile Maharajas of Rajasthan.

A wedding in one of Rajasthan's palaces, temples or the hill station, will be an event to remember and relish while you cherish the moment all through your lifetime. It is an opportunity not to be missed, if you are serious about your authentic destination wedding in Rajasthan.

Jaipur is an exotic location for destination wedding in Rajasthan. Known as the Pink city around the world, the amazing capital town of Rajasthan is a frequent destination for visitors from all around the world, as they come to explore the rich history of Rajasthan that is vibrant and colourful, as is evident from the forts, palaces and the colourful fabric of Rajasthan. You will not give a miss to the serene gardens, wide avenues and the pink everywhere, which adds more colour to this amazing city.

According to Wikipedia, Rajasthan is famous for its old forts, carved temples and decorated havelis, built by the Rajput kings during the pre-Muslim era. There are quite a few wedding options in your Jaipur destination wedding in Rajasthan. Fortune Select Metropolitan Fairmont Jaipur, The Lalit Jaipur, Marriott Hotel, Country Inn Suites by Carlson, Chokhi Dhani Resort and Heritage Retreat Luxury Resort are a select few hotels which can provide an unforgettable experience as Marriage Colours takes care of your wedding start to finis.

Jodhpur, founded by Rao Jodha, a popular chieftain of the clan of the Rathores, in the year 1459. It is also called the Sun city due to the sunny and bright climate all through the year. Jodhpur is named after him. It is the largest city in Rajasthan, after Jaipur. Jodhpur is divided as old Jodhpur and new Jodhpur. The old city has a 10 kilometre long wall around it. There are eight gates leading out of the old city. The new city of Jodhpur is outside of the walled city.

Jodhpur could be one of your most favourite tourist destination in Rajasthan with landscape that is scenic and at the same time mesmerizing. Jodhpur city is full of lovely palaces and forts like the Mehrangarh Fort built by Rao Jodha, Jaswant Thada, the white marble memorial built by Maharaja Sardar Singh, Umaid Bhavan Palace, a Maharaja's sandstone palace, which is now a hotel and the magnificent Rai ka Bag Palace, built by Queen Hadiji. There are quite a few charming places in Jodhpur including the Government museum and the wonderful Umed garden.

Some of the interesting wedding destinations at Jodhpur for you include Umaid Bhawan Palace, Samsara Resort, Indana Palace, The Ajit Bhawan Palace and Vivanta By Taj Hari Mahal.

It is called the Venice of the East. It is also known to be one of India's favourite cities, which is frequented by international travelers, with the splendid artificial Lake Pichola, near the Picholi village providing a grand contrast against the white buildings and the Aravalli hills around.

The floating lake palace is the main attraction of the city and looks naturally beautiful during rains; many films were made here. Udaipur is surrounded by palaces, havelis and temples everywhere. Udaipur was founded in the year 1559 by Maharaja Udai Singh II. It has a reputation for patriotic emotions and an unmistakable love of independence.

A few unbeatable options for wedding destination at Udaipur for you are The Leela Palace, Panna Vilas [a luxury boutique hotel], Hotel Aashiya Haveli, a heritage resort on the east banks of the Pichola, The Oberoi Udaivilas, also located on the banks of the Pichola and one of the most luxurious resorts in the world and Devi Garh by lebua, the 18th century palace located in the Aravalli hills. 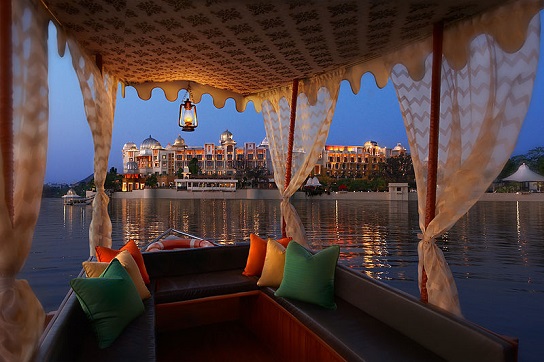 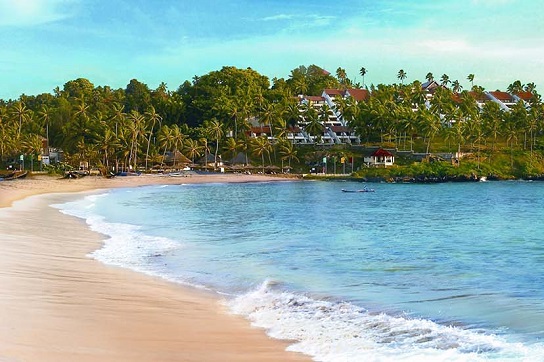